The Trojan Horse: How the Greeks Won the War

The Trojan Horse: How the Greeks Won the War

by Emily Little
I previewed several versions of the Trojan horse story and this one won. It told the story simply and without a ton of gore. Obviously it had to leave a lot out (it's a children's book for heaven's sake) but it was a nice, solid introduction.

The kids picked it up and looked through it over and over again. We finally bought it. I'll definitely use again for the elementary kids. For the older ones they'll read Rosemary Sutcliff's Black Ships Before Troy. 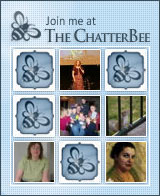